April 20, 2015
All sorts of fun at Broken Helmet Brewing this weekend!

Don't know if this is the brewer's equivalent of a lightsaber, but I mostly finished the build on my stir plate this weekend.  Here's a little before and after.  I still want to put a bottle cap knob on it and I may put a Broken Helmet Logo on the center.  Still debating that though.


After that little bit of fun, which did include some headaches from using a sub-par/ancient soldering gun and getting a could of not quite right parts, it was good to see it working and be able to move on.

This weekend's brew is my first swing at a Belgian Dubbel.  Despite being very busy all weekend, I did what I could to make things work Saturday...though I didn't think to take pictures right away.  I was once again reminded that I am very lucky to have a somewhat patient spouse and family.  Despite the good weather, the boil took forever and it just seemed that my little stove couldn't cut the mustard.  I ended up moving it inside to finish after a good 30 or 40 minutes of watching the gas burner struggle.  This served as a HUGE reminder that I REALLY need to get a bigger burner soon.
In the end, the dubble finished out more like a tripel..and a dark one at that.  OG came in at 1.080.  I pitched about half a bag of Wyeast 1214 and it was percolating along very well the next evening. It's running a bit warm at this point, but since I have to work, I could just stick it somewhere cool since I couldn't be there to keep it from going too low. Hopefully, between the additional yeast and  the additional warmth, that will help things attenuate past where most calculators expect it to stop

If you haven't seen it yet, my Cascadian Dark ale turned out great...though I think I may actually dry hop it the next round. Yes, this non-hophead is planning on dry hopping something.. 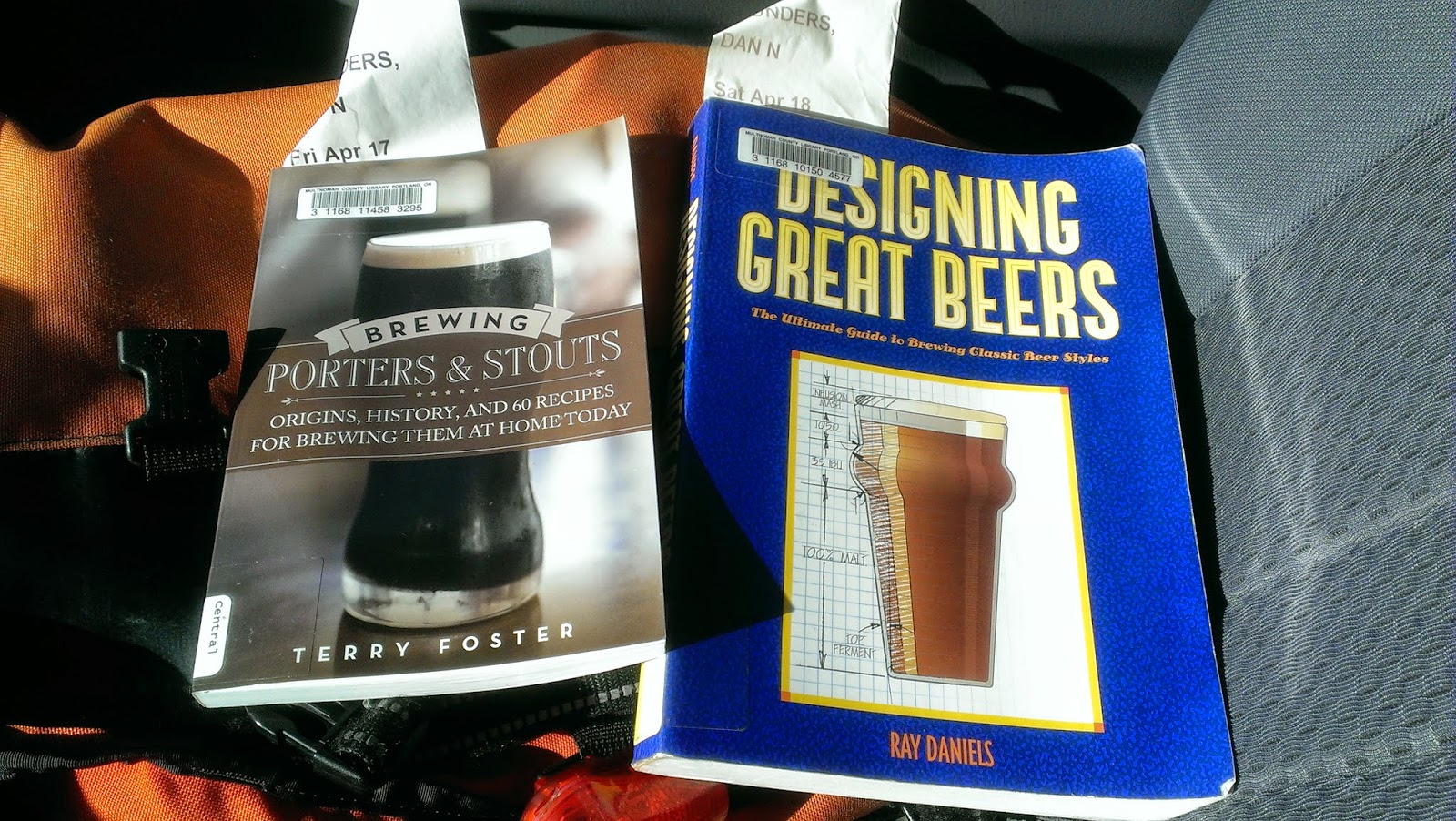 I also picked up some additional educational material this weekend. Started on the Porters and Stouts book, which is a lot of history - some more interesting than others.  I'm really looking forward to Designing Great Beers though - between the reviews and my admittable knowledge gaps in the brewing game, it just seems like a good and timely read. 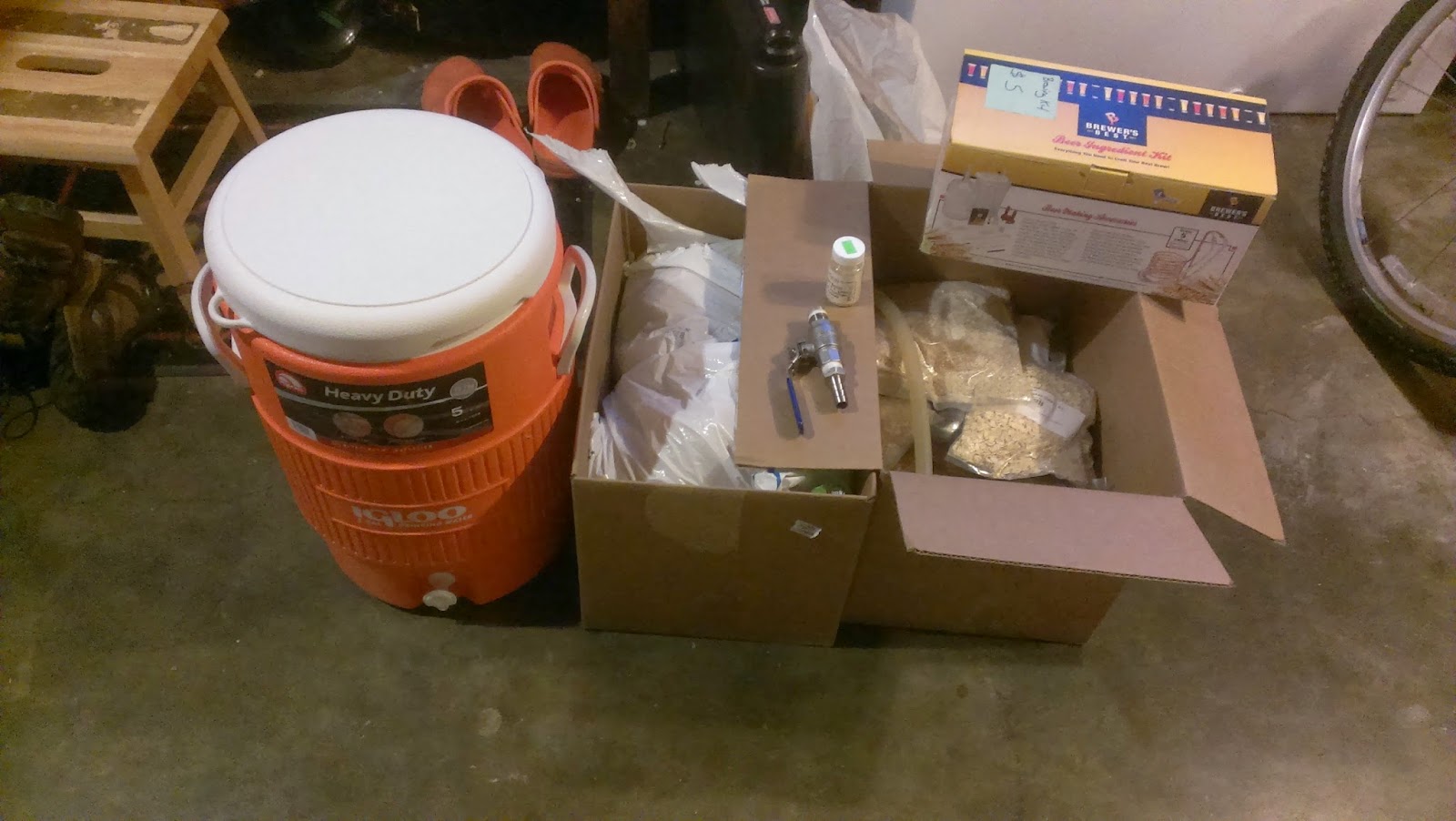 Last, and most certainly not least, I FRIGGIN SCORED this weekend!  Found a guy locally that was moving some bits and pieces.  Grabbed an unused 5 gallon cooler, a 1/2" ball valve setup, over 30lbs of grains a scottish ale kit (for fun since it's not my recipe) and a few other little bits for a pretty nice price.  The grains are milled, but I think they shouldn't be too bad off since they've been in their original sealed bags the whole time. If not, oh well - it was cheap and the next round will be better!!