April 06, 2015
It was a quiet weekend here at Broken Helmet Brewing.  No brewing with the short weekend - Saturday was yard work day and Sunday was go-see-the-family-day for Easter.  No complaints as it actually worked out pretty well as far as getting the chance to get the CDA bottled.  It did manage to finish our just a touch above where I was hoping for, but at 1.016 with the method I used, I'm ok with it.  The next round should see it hit 1.014. The important part - tastes pretty darn good even without carbonation.  Nice hop profile, little bit of malt, but not over the top on anything.  2 weeks and we get to find out for sure. 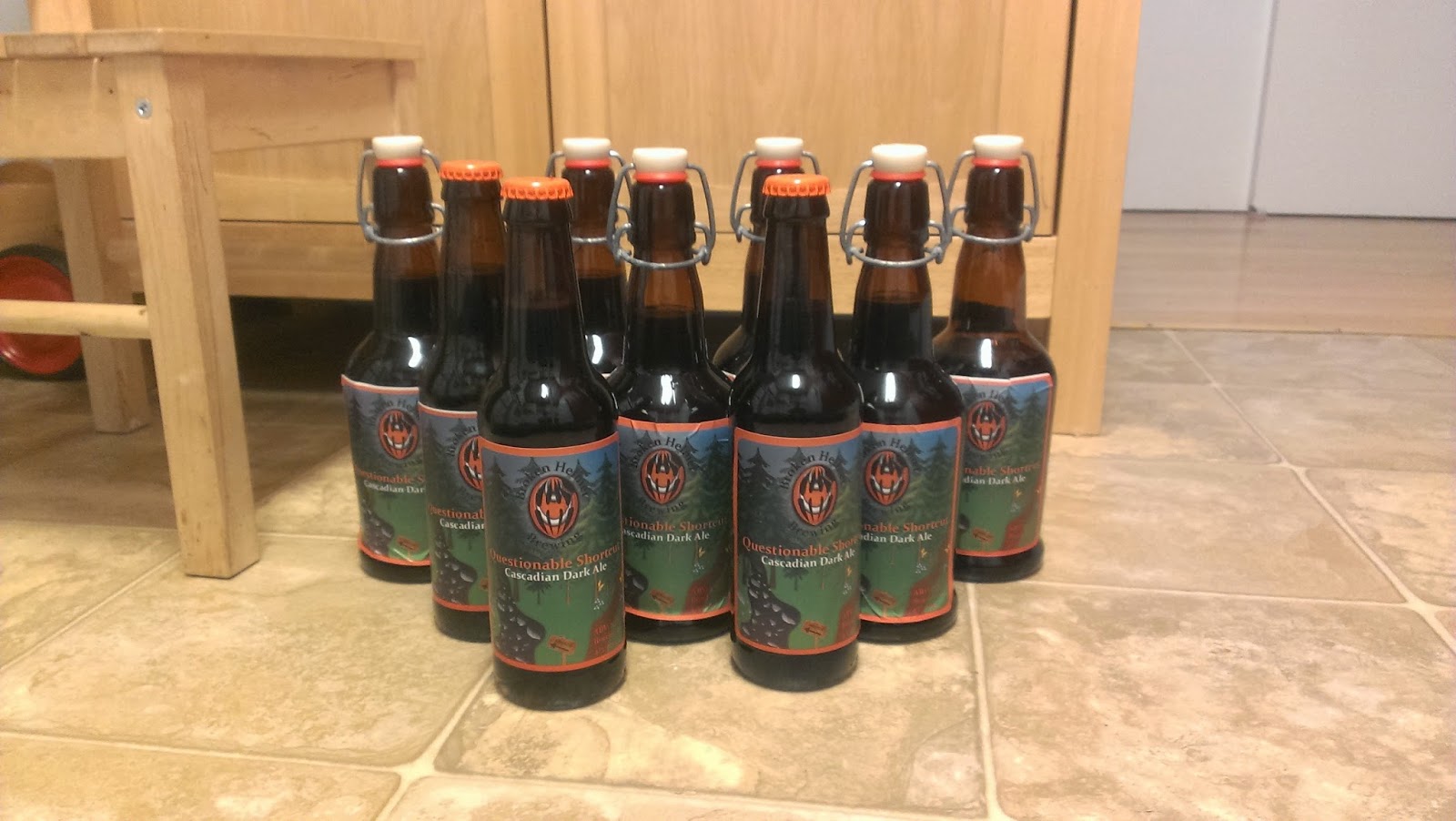 Earlier in the week, I finally took the time to rack the messy CDL into a tertiary container for cleanup. It's hanging out at 1.014 and not moving, so it's ready to go, but with that surprise fermentation when I transferred it to secondary, it gave itself another trub layer (that white layer of finished yeast and other particulate matter on the bottom of the container) that I wanted to avoid come bottling time....which is, really, any day now since fermentation is done and everything has had a chance to settle down at this point.

I did get around to popping open another bottle of the Belgian Dark Strong that I put together. It's now been in the bottle a month and has been about 2 weeks since I last tried it. Some subtle changes over those two weeks, but mostly it has taken on an interesting molasses overtone...in a good way. Pretty cool since I didn't use any molasses.  It just adds to the richness of this 10+% beer and reminds you that this is to be savored all that much more.

...annnnd, as I continue to ponder/daydream about upgrading to a "real" burner, convince myself that I don't need to go top of the line, some interesting things have been discussed concerning making this little venture a bit more...uh...real.  Lots of research to do first, but let's just say it'll involve bigger batches.  Much bigger batches.  ...so maybe I DO need to go top of the line....


I think Wayne sums it up well: